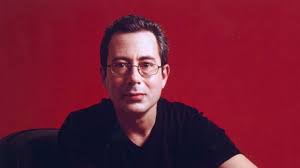 This is Ben Elton’s latest novel, although he has a good number already under his belt, and he is also a very accomplished writer in other genres, including the very well known television productions  Blackadder, on which he was a co-writer, and the more recent, (in my humble opinion) very funny, Upstart Crow. This book was clearly written within the last couple of years, notwithstanding that events latterly have rendered it inaccurate (not that novels are under any obligation to be true to life, of course), because the Prime Minister of the United Kingdom is female (but unnamed; and definitely not Thatcher!), and Brexit is part of the social & political scene but, very sensibly, Elton leaves the detail of the implementation of this schism somewhat vague.

It is tempting to reveal the whole plot, because it is sufficiently clever, but I will refrain (so no spoiler alerts necessary!); suffice to say that this is a Whodunnit, skilfully wrapped up in a contemporary morality tale about how our society (such as it is, no thanks to the aforementioned erstwhile first female PM) has become more self-obsessed, shallow and, for all our access to a wealth of information, more gullible; although that is, to some extent, forgivable, in view of how the media and, in particular, social media, are manipulated without compunction by agencies and their agents whose ultimate goals are, inevitably (depressingly so), filthy lucre and, of course, the associated power, whether real or only perceived. This manipulation is also not too difficult because nearly all of the print media channels are owned by only a few people.

The ostensible main theme of the narrative is not at all implausible; subsequent to (and, no doubt encouraged by) Brexit, there is a campaign (inventively called England Out) for England to leave the Union, whose prime movers are ‘rough diamonds’ Tommy Spoon (“who owned a much-loved chain of pub-restaurants called Spoons”) & Xavier Arron (a property developer), supported by the “three political heavyweights”, thinly-veiled characters called Bunter Jolly, Guppy Toad and Plantagenet Greased-Hogg: no prizes for guessing who at least two out of these three are! There is a distinct possibility of this further schism coming to pass, thanks to the machinations of a company called Communication Sandwich (and any similarity, excluding the name, to a company that manipulated the Brexit result, is entirely intentional; hence the obvious dissimilarity of the name, to avoid any possibility of litigation!), which uses algorithms developed by a young, attractive (natch) mathematics whizz-kid, who is one of the main characters in the plot. It becomes apparent during the course of the story that this company is playing both ends against the middle, to create social unrest, on behalf of another (for you, dear reader, undefined) person or agency, to influence and, thereby attain, the desired result.

Another associated thread in the story, whose significance might not be immediately obvious, is the apparent obsession of the nation with a television programme called Love Island (presumably there is no danger of litigation here?); I say apparent, because apart from being latterly an element in the plot, this is one of the main messages of the story, and very timely at that, that our perception of the mood of the nation is directly influenced by our diet of media – predominantly, these days, what are known, perhaps inaccurately, as social media – and this perception can be just plain wrong, because many of the often extreme opinions expressed, very often preceded (or so the book would have us believe) by what are known as hashtags (generally these are a link to a page dedicated to this issue) which are not the product of a real human being, but that of a computer algorithm, produced specifically to further an agenda, which might or might not be sinister and unacceptable to right-minded people, so although it might seem like ‘the whole country’ thinks this or that, this is an artificially-created perception.

There is another very dominant and, again, contemporaneous, thread running through the book: that of gender identity (hence the book’s title). The events in which this issue is unavoidable are many & varied, and although there is a definite element of validity in all of them, Ben Elton treats them with his trademark humour, so that, for all that I described this as a morality tale, the reader (this one, anyway) never feels the dead hand of moralising suppressing the humour; nevertheless, this issue gives us real food for thought: how far should we go, or feel obliged to go, to give people the opportunity to express their identity, and thereby expect it to be respected, however bizarre it might seem, especially to at least one character, a policeman called Matlock (and here, Ben Elton mischievously steals a name familiar to viewers of American crime dramas, albeit he was a criminal defence attorney, whose TV programmes ran from 1986 to 1995), someone who nowadays will be referred to as ‘old school’ – not in a derogatory way, generally, and at least it’s polite! You might gather that there several different threads woven together in this book, but I hope this review has given you an appetite for a novel that I enjoyed reading, and at 376 pages (the hardback edition: signed by the author!) it is just the right length.

Fish in the Trees

The Craft of Coding

A Writer's Life: Moments from the Life and Work of a Self-Underemployed Writer

A Blog about Music and Popular Culture

Dictatorship is good. If the Dictator is me.

The musings of a Londoner, now living in Norfolk

The ribbon that separates the eastern and western shores of Hobart, Tasmania's capital city